Amphitrite - it's all white, ma [I'm only bleeding]

Amphitrite - It's all white, Ma [I'm only bleeding] has been featured in Disrupted Magazine : The Migration Issue by the Centre For Feminist Foreign Policy [London, Berlin]. You can purchase the online issue here. 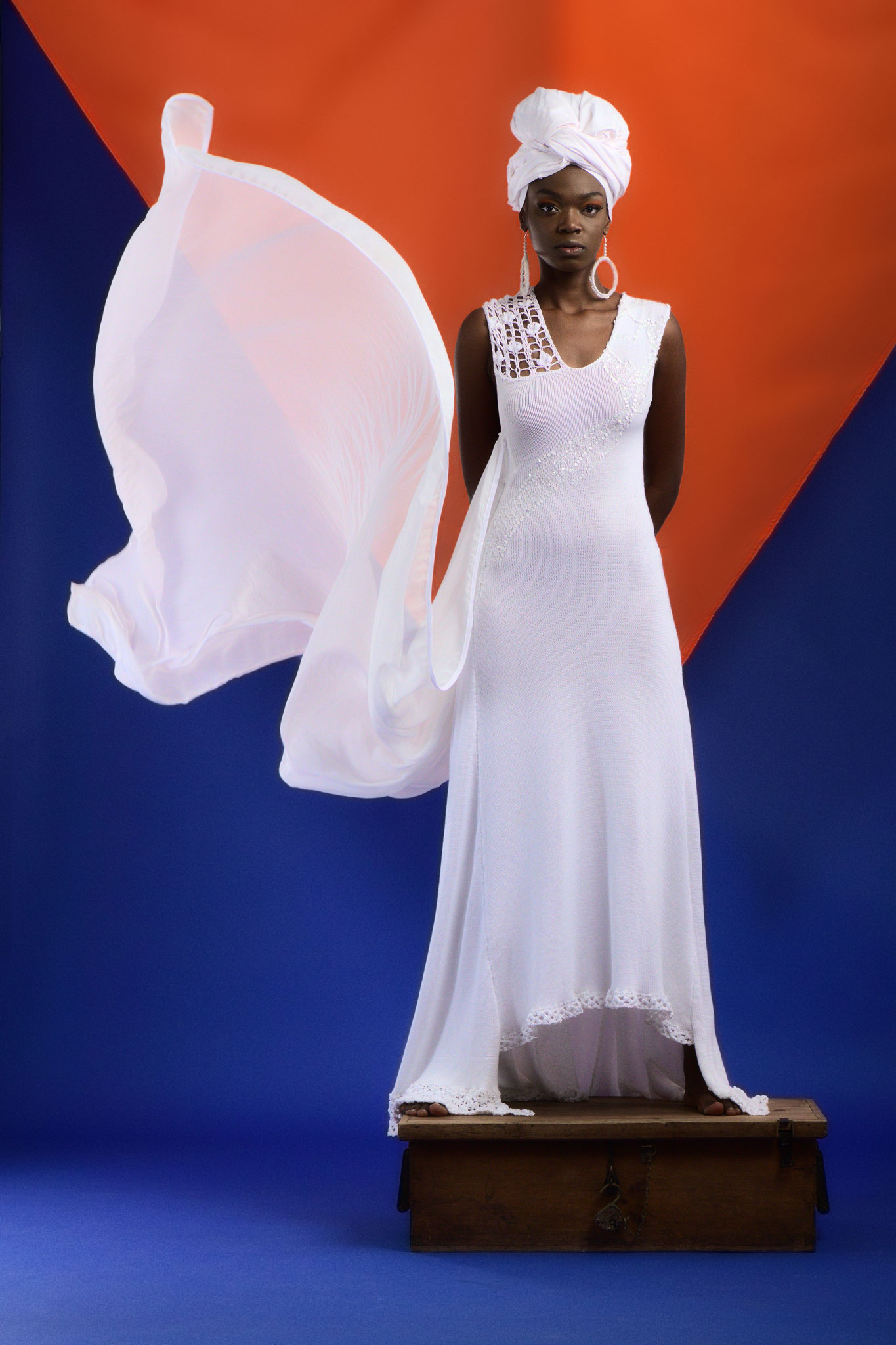 The screaming voices of hatred on Social Media

do they numb your empathy?

Do they feed your apathy?

do they make you shrug along?

Should they go where they belong?

Where do they belong and who is "they"

Then you fall pray

and hope for a better world.

You promise to pay

the bearer on demand

every time you see

Do they show you the limits of your own mind?

Thoughts and prayers for your screen

On your key pad shameless and obscene

When they dare talking black to you

So go ahead and pay the bearer on demand

every time you see

It's all white Ma,

The name of the dress „Amphitrite“ derives from the Greek Goddess of the Sea as well as the oldest sea going yacht, now under UK and German flag, with the same name. The subtitle „It's all white, Ma (I'm only bleeding)“ is an allusion to the Bob Dylan song „It's alright, Ma (I'm only bleeding)“. Through distorting the title of the song by onomatopoeicly mocking the German accent, it is diving into the effect of „whiteness“ in the foreign policy of Germany and the EU. The orange triangle/flag in the background is a tribute to the rescue ship „Aquarius 2“, chartered by the private NGOs SOS Méditerranée and Doctors Without Borders.

The knitted dress „Amphitrite – It's all white, Ma (I'm only bleeding)“ is a satirical almost cynical view on Europe's foreign policy, especially regarding the distress rescue on the Mediterranean Sea. It is a hand knit/crochet piece with over 1.500 hand embroidered pearls and beads – each one representing a human being who died in the Mediterranean Sea, seeking refuge in the EU during the summer of 2018.